It is important to stop every now and then to take note of progress because it inspires us to keep going. This is especially so when the journey feels pointless.

I never used to record my workouts because I didn’t see the point of it, but ever since I started using activity trackers, I have amassed quite a significant amount of data that has become quite handy. Without it, I wouldn’t have been able to track my progress so perhaps that is another reason why recording your workout stats on an activity tracker can be useful.

Last Sunday was my second run back on the road since DH, a.k.a. #fatmanrunning, had his foot injury. We ran an “easy 10km” and for once my Garmin Fenix didn’t tell me I needed to rest for the next three days. After every workout, the Garmin Fenix will tell you how many hours you need to rest to recover from the workout you just did. I usually get some ridiculous recovery period even after 30 minutes of running.

Surprised by this, I decided to check my past running stats to check my fitness progress. I found a comparable run that I did back in February – same route and similar speed/run time. February’s run stats are on the left and last Sunday’s are on the right. 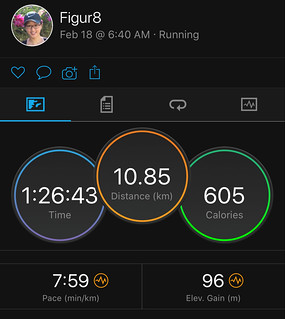 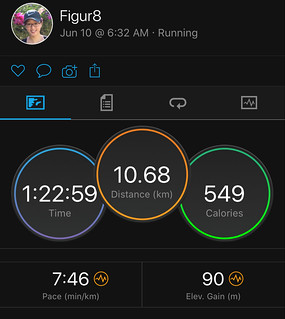 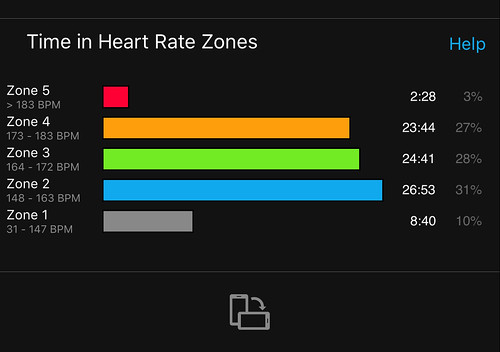 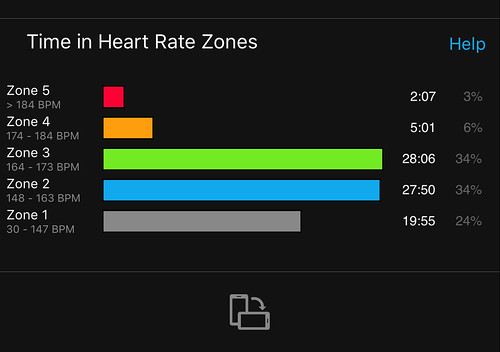 My heart rate profile was lower – I spent 15 minutes more time in Zones 1 to 3 and reduced my time in Zone 4 significantly. This was in spite of running up the final slope at the end which I walked during the February run. This is the same slope that made me want to throw up when I first tried to run its distance.

I have made progress in my fitness journey – woohoo! Maybe I really do have fitness genes after all. I may not be able to run a sub 60 minute 10km – yet, but at least I know I haven’t been training in vain.

By the way, I said “running fitness” because I don’t know if this translates to my other cardiovascular workouts, like spinning or boxing. Since the routine in those classes often vary, it is harder to do a side-by-side comparison for those workouts.